So, I Watched One of Your Kids Fall Out Last Week

Actually, there were 2 of them.

A very young fella who is just getting back to training 2 weeks ago.

The other an *cough* adult *cough* who weeks from graduation should know better.  I’ll talk about him since he’s older and an adult.  They tapped out for the same reasons.

So, let me set the scene for you. 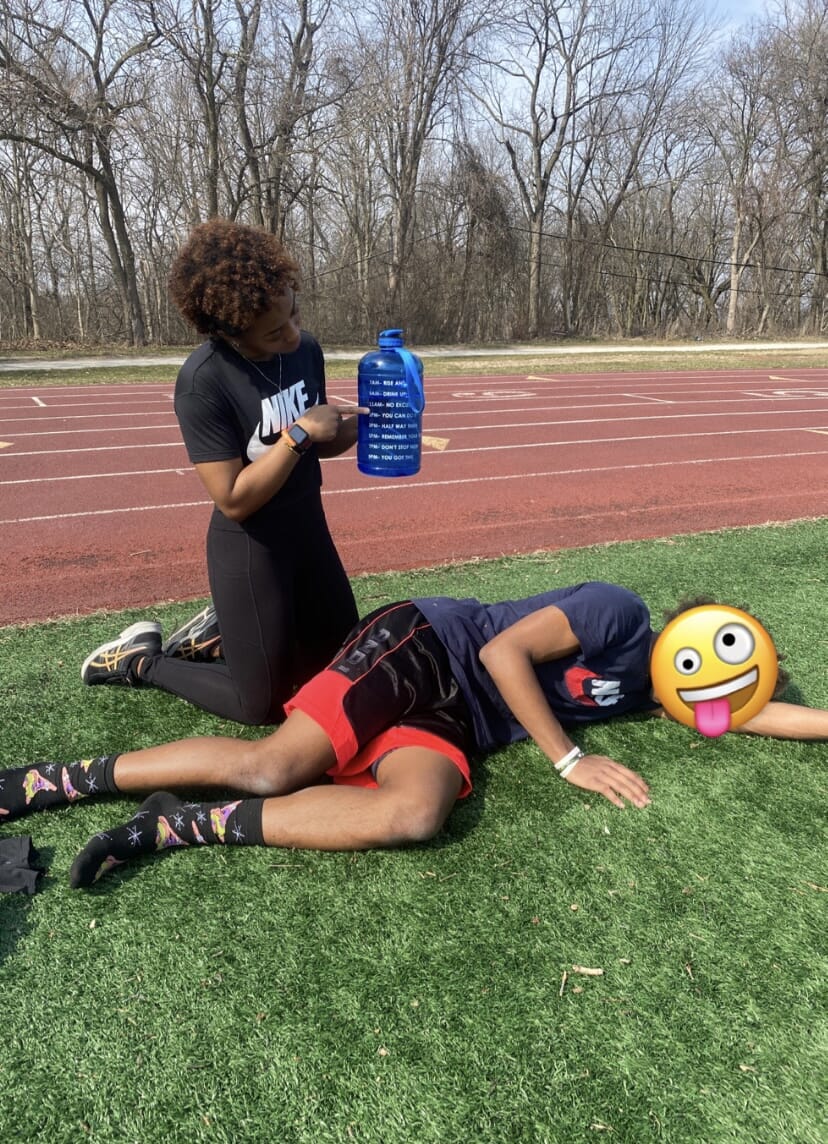 It’s a BEAUTIFUL Wednesday right at noon.  Coach Khyla and I decided to go up to Schenley Oval to go get some sprints in.  Happens to be that some of our teenage track athletes also had the same idea.

Said adult child was really proactive in putting together their workout for the day.  6x600m repeats!

Khyla and I did 5 40m sprints and made some videos for Tik Tok instead.  A good day in the books

Of course Khyla and I run over to tend to him, especially because he has other reasons we were concerned about with him suddenly falling out.

He’s grabbing his side, cringing terribly hard.  He says his heart is pounding really hard but his breathing wasn’t particularly abnormal.  It was a gradual feeling of a hard cramp in his side.

After a minute he slows down, and I’m pretty confident he’s not about to pass out.  So, time for the tough love:

Me: “When was the last time you went to pee?”

Me: “Oh so you’re definitely dehydrated because it’s 1pm and you haven’t gone to the bathroom yet.  Ok so what did you eat today?”

*another kid shows up with his water*

Me: “Oh so you didn’t eat or drink today at all.  So you decided to do the workout without any care for your health.  You’re 18 years old, you’ve been told this for years.  You should - you do - know better than this.”

Me: “Oh, and your water has times on it for drinking enough!  Bruh!”

I’m not kidding.  His jug says 7am, 9am, 11am….  It was 1pm but the jug was still full at 7am. Letting off of the gas a bit while he combated his lightheadedness, muscle weakness, and abusive heart beat, I decided it was a good time for a lecture for all the kids.

Hopefully his fallout has taught him.  Or at least you.

Be nice to yourself.  Drink water and eat food so you can workout and not fall over and cause scenes.

Remember, self care and self love are doing the good things your body needs, like eating quality food, sleeping enough, doing work matters to you, not simply sweets, Netflix, and getaways.